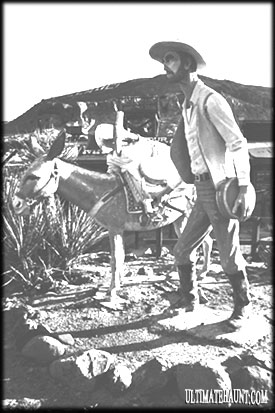 Long ago, hopeful folks, ranchers, railroaders, miners and their families socked away their money into Calico, California, located 8 miles from Barstow. For a long list of reasons, unfortunate circumstances and fate, this boomtown went bust. 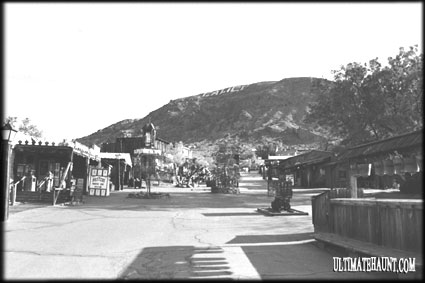 Calico gets its name from the myriad of colors that are part of the mountains, which are the backdrop for the town. By the early 1800’s, the Calico highlands, in their kaleidoscope hues of green and rose had already earned the name of “Calico Mountains.” But at least one version of the town’s christening deserves repeating. A notable “…man about town in Calico was Joe, “Shorty” Joiner, whose outstanding attire included a swallow-tail coat and a beard which hung to his knees.” When the name, “Silver Gulch” or “Buena Vista,” was almost decided upon, Joe exclaimed, “It ain’t gonna be no Boona Vista, nor nothin’ o’ the sort! Look at the colors in them rocks! I say, call her Calico!” 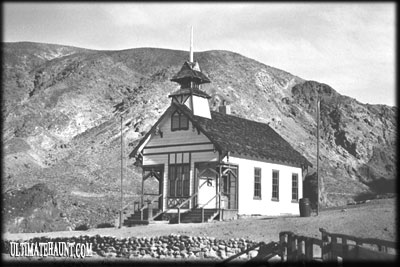 By 1885, Calico began to look almost civilized. It had a schoolhouse (pictured to the left), church services, temperance laws, a literary society and even a dancing school. By now, news of pure silver the size of fists struck the California mining world and the stampede was on. Soon the town boasted a population of 3500. One observer reported, “Everybody in town was carrying a specimen in their pockets.” In little more than a decade, over $13,000,000 of silver ore was produced from the Calico mines. So rich was the pull of silver that ore under $100 per ton was thrown away. Through the 1890’s, however, Calico went into its silver decline. By the turn of the century, the price of silver had dropped from $1.31 to 63 cents, and Calico’s great days were over. By 1929, Calico had truly become a ghost town. By the fall of 1966, Walter Knott gave full title of Calico to the people of San Bernardino County. Although San Bernardino County owns Calico Ghost Town, the heart and passion that Walter Knott gave to the town still exists to this day. Complete with a memorial and statue bust of Walter Knott, Calico is a display of one of the great gifts and treasures Walter Knott left to Southern California. 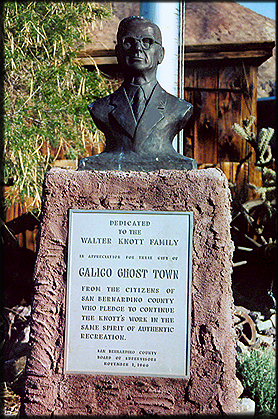 In 2001, a fire blazed the hills of Calico and several original buildings burned to the ground. The County of San Bernardino has nearly completed the restoration process of the buildings that were lost in the fire; and in fact, one of the most popular attractions is being rebuilt: The Mystery Shack (Calico’s own version of the now defunct Knott’s Berry Farm attraction, The Haunted Shack). According to locals of Calico, the County of San Bernardino has been in contact with the grandson of the architect who designed the original Haunted Shack. The county now has access to use the original blueprints of the Haunted Shack to recreate the attraction in its original form. With some minor changes to update the attraction, the Calico Ghost Town Mystery Shack will be entertaining guests for many years to come. 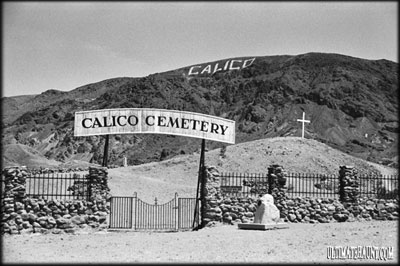 At Knott’s Berry Farm, a tribute to Ghost Towns of America spreads throughout nearly half of the park. Several of the buildings have been brought to the park from original Ghost Towns in America. To some, the creaky old buildings at the Knott’s Ghost Town create an atmosphere of mystery, history and even in rare cases, true hauntings. Stories and rumors fill both Calico and Knott’s Berry Farm’s Ghost Town with strange and bizarre ghost tales. Whether these tales are true or not is entirely up to the visitor, however one thing remains: The ideas, artifacts and concepts of Calico Ghost Town truly helped inspire the way visitors see the Ghost Town at Knott’s Berry Farm and Halloween Haunt. 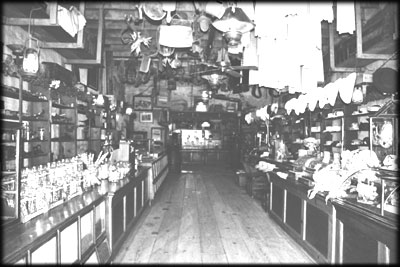 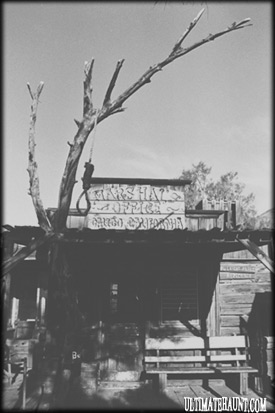 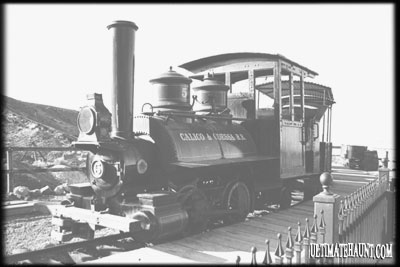 So the next time you find yourself strolling through Calico or the Ghost Town at Knott’s Berry Farm, take a moment to remember what it has taken to get those buildings and environment there for you to enjoy. Perhaps you might be able to view Ghost Town as a reminder to those that came before us, and if you happen to be there in October – some of those that came before us may just return. 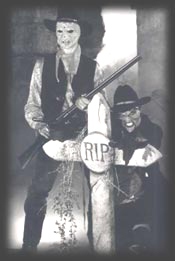