ELVIRA’S NIGHTMARES (Bumper Cars):
Most of the rooms that made the original “Nightmares” great remained the same. New rooms included Elvira’s dressing room, Elvira’s “couch” set, and a few others that kept this maze fresh and entertaining. The way “Elvira’s Nightmares” is presented is dreamy and surreal. 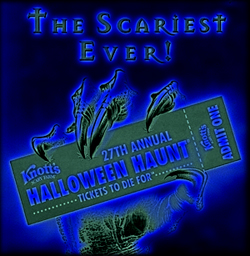 TALES FROM THE INQUISITION STARRING THE CRYPT KEEPER
(Bear-y Tales Playhouse):
The “Beary-Tales Playhouse” was a perfect building for all of the torture chambers and dungeons. The Crypt Keeper, in his own maze, appeared only at the beginning as an attraction.  Below are a couple of scenes from The Inquisition. 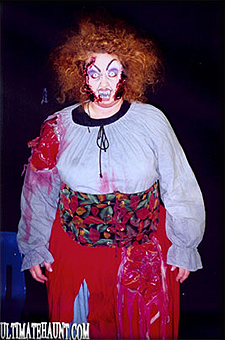 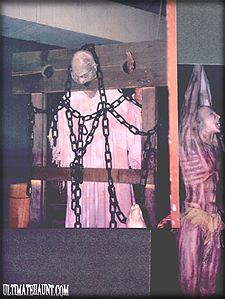 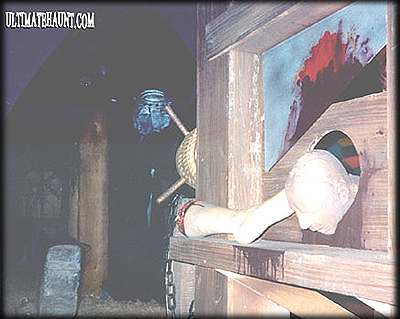