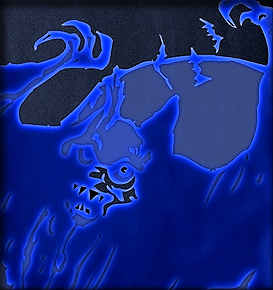 LAIR OF THE VAMPIRE (Fiesta Village):
The beginning of what was to later become the “Dominion of the Dead”. Initially to be based on the Francis Ford Coppola film, Bram Stoker’s Dracula (and later turned to an original theme), Lair of the Vampire was the first complete vampire-based maze.  The presentation of this maze was original for Knott’s. It was partly a show and partly a maze. Groups of people were sent in to view a live show, which took place in a set of a pseudo castle plaza. The group  stood in the middle of the show, while the vampire actors entertained a dramatic performance all around. A little bit of action and a lot of blood were used to add to the effect. After the short show, the group was led outside the castle into a graveyard, where the maze began. Though the maze was part show, the scenes and scares were intense.  For example, a scene was deemed too “disturbing” during opening weekend that it had to be toned down…A scene depicting the Queen Vampire attacking an infant and then being joined by her Vampire Brides in the feast was removed from the maze. 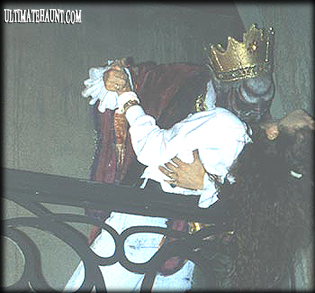 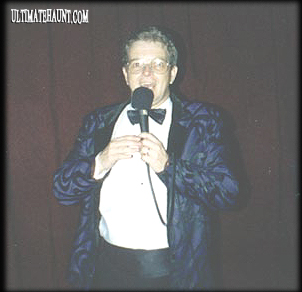 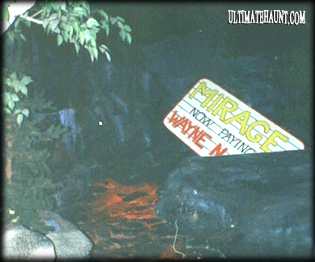 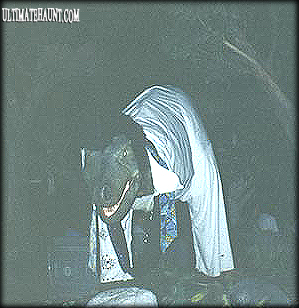 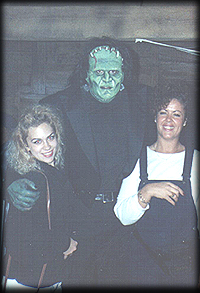 MOTHER NOOSE’S SCARY TALES (Wilderness Dance Hall):
Each room was based on a different fairy tale. Knott’s put a twist on the fairy tales by changing them into “gory tales.” At the entrance of each room, a “gory tale” was printed on the wall to explain to the people what was about to be presented. Examples of the sets were Hansel & Gretal, Humpty Dumpty (who threw up), Jack & Jill (who murdered each other), and so on. The twists on the classic fairy tales were very clever and witty. This was a very cool maze and was used for a few years in a row. 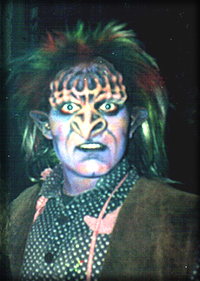 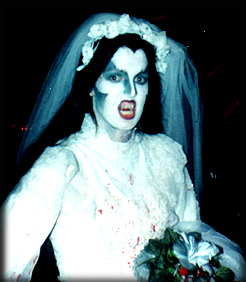 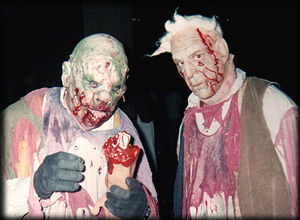