THE RETURN OF ZULU (Grand Sierra Railroad in Camp Snoopy):
1987 was the only year that Knott’s used the Camp Snoopy Train ride for a Halloween Haunt attraction (at least, with official billing). The main theme of this ride had somewhat of an Aztec theme. “Zulu” was a mechanical monster that “popped-out” of Reflection Lake as the train went by. Monsters appeared from nearby bushes and a cave that the train passed through. 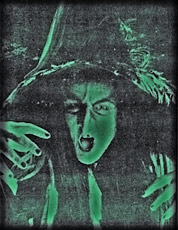 The “law” of Calico (dressed in cowboy clothes, not the monsters of today) held a witch trial. The accused witch was found guilty and sentenced to death. page The witch put up a big fight, and when she was about to be hanged, big flames surrounded her as she “mysteriously” turned into a flock of doves. . Although the show was on a small scale, it was popular enough to set the foundation for the Hanging as we know it today. 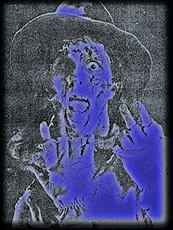 STARTLING PEEK-INS (Ghost Town):
The last of the Peek-Ins were finished in the mid-1990’s. Some of the buildings in the Ghost Town display little scenes inside the windows, which were re-themed for the Haunt. People could witness the barber slicing the neck of one his customers, or see a group of witches meeting with one another. .  Some of the windows had sensors, so as you approached the window, a mechanical monster would pop out.  Years before the dummies were used, actual “live” characters were inside of the buildings scaring people.  Due to the fact that the buildings are so old, Knott’s stopped using live actors. 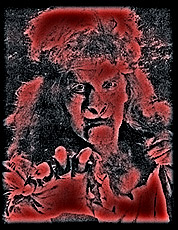