2005 Halloween Haunt marked the year of two new Scare Zones (Silver Bullet Mine Town and Dark Realm) and also included 13 Axe Murder Manor and Feary Tales for new mazes. crestor We’ll take a look at the two most significant changes this year: Silver Bullet Mine Town and since 13 Axe Murder Manor is covered in our Maze Tribute, we’ll look at Feary Tales: 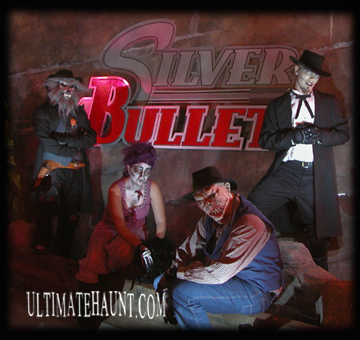 Silver Bullet was a revamped Swamp, to put in a nutshell. For the past couple of seasons, the Swamp Scare Zone became a tad bit smaller and for 2004 practically disappeared and by 2005, it was gone altogether. In its place was the Silver Bullet Mine Town. 2005 was the first year that the roller coaster, Silver Bullet, was open during the run of the Halloween Haunt. Surrounding the outskirts of the roller coaster all new characters making up this new Scare Zone roamed the streets.

The costumes were great and a backstory was published on the official Knott’s Scary Farm website regarding the scare zone: “When the Silver Bullet Cowboy came to Calico his heart was pure, but the Halloween season brings out the monster in our resident gunslinger. As night falls our champion undergoes a hideous tansformation and roams the “ Silver Bullet Mine Town” with a posse of evil miners and other creatures of the night.” With that being said, the Sheriff was a werewolf and the posse of evil miners and other creatures were his victims, etc.

The setting for the Scare Zone was quite plain compared to the theming of the Swamp (when the Swamp first appeared at the event), but perhaps in years to come the theming will define this Scare Zone.

Feary Tales was pure eye candy….perhaps some of the best that the event has ever seen. In fact, there was so much to look at that it was nearly impossible to view everything even going through a few times! In looking in this section of Through the Years, you will have seen that creepy fairy tales have been done before in Mother Noose’s Scary Tales. Mother Noose’s had a tight focus from section to section as you entered into each twisted fairy tale. Unfortunately for Feary Tales, the focus was not quite clear. 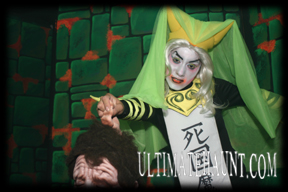 Either way, this maze was absolutely incredible and the effects and sets were some of the best (if not THE best) we have witnessed in all of the years we have attended the event. If you have an opportunity to check this maze out, by all means, do so!

The question will be now whether or not any new fairy tales will be added throughout the maze’s existence. Primarily, during the run of Mother Noose’s Scary Tales, the themes remained constant from year to year. However, from the looks of it, although great attention and detail is focused on some of the themes in Feary Tales, other concepts seem to be less attended to. With that being said, perhaps some themes could change from year to year during the maze’s life…? Who knows. It’s fun to think about. 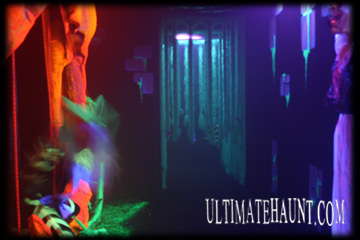